A Pride Month to Be Proud Of 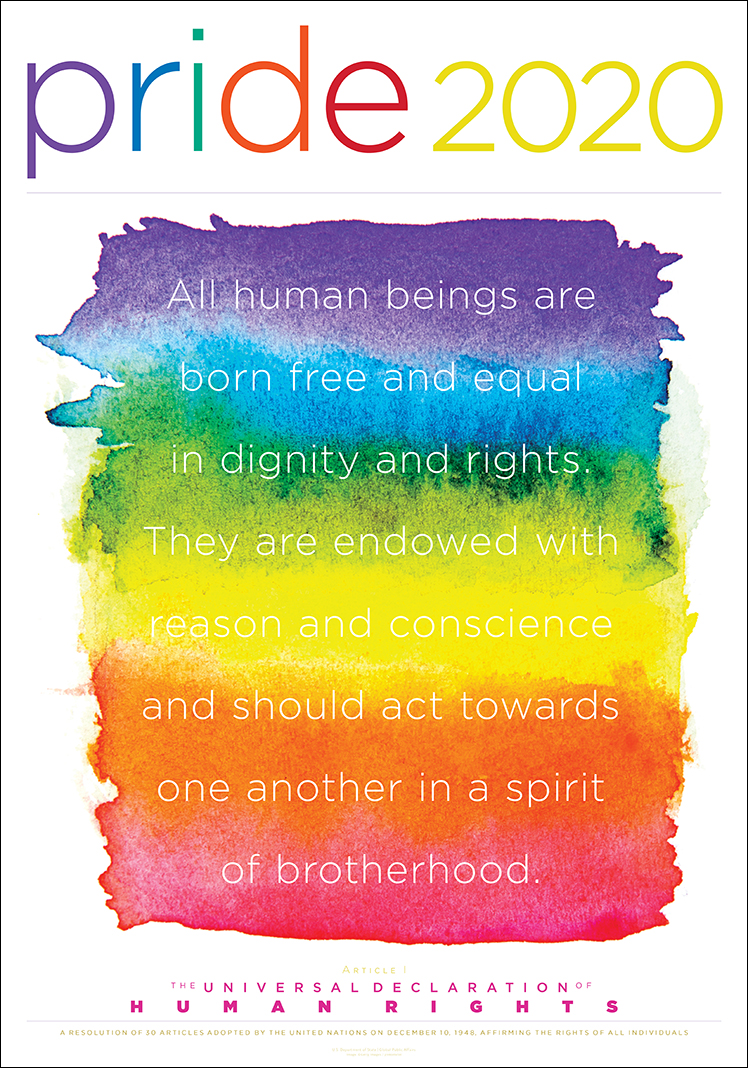 We all know the United States is in a great deal of turmoil right now. A viral pandemic, rampant racism, police brutality--it's a sad and scary time. But mixed into that little cocktail of darkness came a bright light this week when the Supreme Court ruled that workplace discrimination on the basis of sex now applies to gay and transgender people:

The landmark ruling will extend protections to millions of workers nationwide and is a defeat for the Trump administration, which argued that Title VII of the Civil Rights Act that bars discrimination based on sex did not extend to claims of gender identity and sexual orientation.

"An employer who fires an individual for being homosexual or transgender fires that person for traits or actions it would not have questioned in members of a different sex. Sex plays a necessary and undisguisable role in the decision, exactly what Title VII forbids," Gorsuch wrote.

"There is simply no escaping the role intent plays here: Just as sex is necessarily a but-for cause when an employer discriminates against homosexual or transgender employees, an employer who discriminates on these grounds inescapably intends to rely on sex in its decisionmaking," the opinion read. 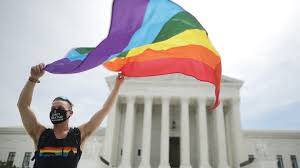 "Today's decision is one of the court's most significant rulings ever with respect to the civil rights of gay and transgender individuals," said Steve Vladeck, CNN Supreme Court analyst and professor at the University of Texas School of Law.

"On its terms, the decision is only about discrimination in the workplace," Vladeck added. "But it inevitably opens the door to a host of other challenges to discrimination on the basis of sexual orientation or transgender status on the ground that it, too, is impermissibly based upon sex. In that respect, only the court's 2015 ruling recognizing a constitutional right to same-sex marriage may be equally as significant."

While this should've been passed many years ago, we've seen firsthand how slow change can be, and it's a monumental and hopeful time for the LGBTQ community and all its supporters. It also happens to be Pride Month, which honors the 1969 Stonewall Uprising in Manhattan, and as such, it seems like the perfect time to get your LGBTQ lit on with some recommended reads from the Skimm:

June is Pride Month, a time to champion the LGBTQ+ community. It’s a time to celebrate how far we’ve come in the fight for equality. Like having the right to marry or adopt children, to have protections in the workplace, and to be allowed to use a bathroom based on gender identity. This month also marks a moment to remember how far we still have to go. So we've pulled together a list of LGBTQ+ reads to share their voices and stories.

PS: Here’s a list of black-owned, and queer bookstores you can support right now.

For when you need something uplifting...

Pick up a copy of this memoir. In it, a former Mormon missionary turned award-winning trans journalist catalogues her cross-country road trip to show off the networks of allies and LGBTQ+ networks in “flyover country.” Her journey is filled with her stories of meeting the first openly trans mayor in Texas, to the manager of a queer nightclub in Indiana. It sheds light on often overlooked groups and the shifting climate for LGBTQ+ people in red states.

For when you want to talk about an icon...

Say hi to Audre Lorde. She’s a self-described “black, lesbian, mother, warrior, poet” and is famous for her activism and lyrical prose. You might also know her work from her famous quotes like “your silence will not protect you” and “women are powerful and dangerous.” In this collection of essays, Lorde explores sexism, racism, homophobia, and class. Though it was written in 1984, it still holds up today.

For when you want to feel alllll the emotions...

A Little Life by Hanya Yanagihara

Read the novel that should come with a tears warning. It tells the story of four men, all friends from college, starting out in NYC. They’re successful, ambitious, and entangled—but the story soon zeroes in on darker edges. Think: anxiety, sexual abuse, and self-harm. Above all, it’s a story about friendship and the lengths we go for love. There’s a reason that people love all 700 pages of this epic, which has been called “the great gay novel.”

For when you just wanna dance with somebody…

A Song for You: My Life with Whitney Houston by Robyn Crawford

We all have friendships that have shaped our lives. Not all of those friends have also shaped the American music landscape. In this memoir, Robyn Crawford speaks out about her friendship and romance with Whitney Houston. As Whitney’s star rose, Crawford writes that they were forced to hide their romantic relationship—but still remained close, until they were driven apart by Whitney’s then-husband Bobby Brown.

For when you’re tired of the term “self-care” but still need it...

Gay, a pivotal voice in both LGBTQ+ and black communities, may re-define how you view taking care. In this memoir, she writes movingly about food and bodies, and how her psychological relationship with hunger has shaped her adult life.

For when you’re feeling bold...

Life as a Unicorn by Amrou Al-Kadhi

Muslim drag queen “Glamrou” Al-Kadhi knows how it feels to stand out in a crowd. They grew up in a strict Iraqi Muslim household, where ‘non-binary’ wasn’t part of anyone’s gender vocabulary. It’s about coming to terms with their gender identity and religion while learning to speak up and stay unique.

For when you need a book that’ll make you think...

In the Dream House by Carmen Maria Machado

Carmen Maria Machado is queen of reinventing the narrative form. “In the Dream House” is a memoir about an abusive same-sex relationship between two women—a story that’s rarely told. Since there’s little precedent for it, Machado uses multiple narrative traditions (think: romance, horror, stoner comedy, self-help), which also mirrors the unstable, always shifting reality of living with an abuser.

For when you’re looking for some levity…

Wow, No Thank You: Essays by Samantha Irby

This collection of essays will make you spit out your drink. Irby brings an absurdity to the everyday with a sharp voice and no BS humor. She lets you in on life with her wife, bad friend dates, trying to make it as a writer in Hollywood, and more.

For when you’re itching to travel somewhere…

A Year Without A Name by Cyrus Grace Dunham

Stay put and let Dunham take you on a journey. This memoir centers on the transgender experience with nuance and lyrical prose. Over the course of the story, Dunham comes out as nonbinary and transmasculine. They also grapple with substance abuse, their sister – Lena's – rise to fame, and intimacy, all told through a clear, fresh voice.

Just as we need to do with almost everything going on in our country today, we all need to educate ourselves, to shed our ignorance and do what we can to stop unintentionally and unknowingly perpetuating bias and discrimination of all kinds.

My personal recommendations are in the form of YA novels: The Miseducation of Cameron Post by Emily M. Danforth, which was the subject of a banned book debate back in the summer of 2014 (you can learn more by reading "The Miseducation of the Cape Henlopen School Board" in our DVE blog archives) and Simon vs. the Homo Sapiens Agenda by Becky Albertalli, among others.

What is YOUR favorite LGBTQ read?