The Miseducation of the Cape Henlopen School Board 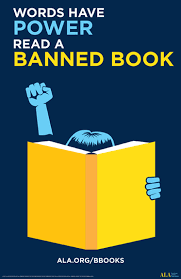 Originally posted on Reading Between the Lines on July 1, 2014 by Danielle Poiesz.

This morning I awoke to find tweets from two of my favorite people in the world about the banning of a YA novel we all read years ago for the RBtL book club. I immediately knew I had to write about it today.

Almost every member voted for The Miseducation of Cameron Post that month, and I for one read it ravenously. When we met, we all had enjoyed it (in fact, looking at the former members GoodReads lists, we all voted to 4 or 5 stars), and we were all provoked by it to think and feel and challenge ourselves. Which is exactly what a book should do, regardless of its genre, to some extent. The author of the book, Emily M. Danforth, was even so kind as to join our meeting via video chat, to answer our members' questions and discuss the issues brought up in the novel. We had a great time talking to her and getting to know her and her characters on a new level.

Now why would such an awesome book by such an awesome person be banned by the Cape Henlopen school district? The local Delaware paper, The Cape Gazette, tells us about the school board's decision:

The book was part of a 10-book list given to district middle school students entering high school in the fall and taking college prep and honors classes. The list, called the Blue Hen List, is a collection of books deemed age-appropriate by state librarians from across the state.

The board voted 6-1 in favor of removing the book from the list during its June 12 meeting. The issue was raised after parents examined the reading list and brought concerns to the board.

Cape Henlopen school board President Spencer Brittingham said after some research he came to the conclusion that the book was not appropriate for the targeted age group. The incoming freshmen are the most impressionable group at the high school, he said.

“It’s for a more mature level of student. A sophomore or junior,” said Brittingham.

Brittingham said no parent would want children of that age, 13 to 14, to be walking around the house using the language used in the book. He said he hadn’t read the book, but in passages found online the F-word was used four or five times, and that didn’t sit well.
“I knew in less than three minutes that this wasn’t a book I wanted on the list,” he said.

Written by Emily M. Danforth, the book is set in rural Montana in the early 1990s. The parents of the main character, a teenage girl named Cameron Post, die in a car accident before finding out she’s gay. Orphaned, the girl moves in with her old-fashioned grandmother and ultraconservative aunt Ruth; she falls in love with her best friend – a girl.

When Post is eventually outed, her aunt sends her to God’s Promise, a religious conversion camp the aunt believes will cure her homosexuality. At the camp, she comes face to face with the cost of denying her identity.

According to an Amazon.com review “the book is a powerful and widely acclaimed YA [young adult] coming-of-age novel in the tradition of the classic, Annie on My Mind.”

The book was a 2013 finalist for the William C. Morris Young Adult Debut Award, which honors a book by a first-time author writing for teens and celebrating impressive new voices in young adult literature.

The book also made the 2013 Best Fiction for Young Adults list put out by the Young Adult Library Services Association. According to the association’s website “the books, recommended for ages 12-18, meet the criteria of both good quality literature and appealing reading for teens.”

The summer assignment calls for college prep students to choose one book and honors students two books from the list, find an article in the news that makes a connection to the story and then write an essay linking the two. The task accounts for 10 percent of the first marking period grade.

The other books to choose from include "The Fault in Our Stars" by John Green, "Butter" by Erin Jade Lange, "Daughter of Smoke & Bone" by Laini Taylor, "The Scorpio Races" by Maggie Stiefvater, "March" by John Lewis, "If You Find Me" by Emily Murdoch, "More Than This" by Patrick Ness, "Eleanor and Park" by Rainbow Powell and "Boxers" by Gene Luen Yang and Lark Pien.

Margie Cyr, Dover Public Library director and Delaware Library Association's Intellectual Freedom Committee chair, said the DLA is discouraged the book has been removed from the list. There were other choices; that book was simply one of the options, she said.
Cyr said the DLA encourages parents to participate, and it is appropriate for them to do so, but family choices are based on family values, and it is not appropriate for one family's values to dictate what's on the list and what isn't.

"It's a concern when other people dictate what should and should not be read," she said.

Cyr said the Blue Hen List is compiled of popular children's literature that's designed to encourage kids to read through the summer to maintain their skill level.

Board member Sandi Minard said language is the sole reason she voted in favor of removing the book from the list. She said she sat down with the parents who brought the issue to light and went over the parts of the book that were concerning.

Minard, who read passages from the book, but not the whole thing, said the book is full of the F-word. There are pages and pages, she said, of the F-word being used.

“It’s all throughout the book,” she said. “We’re asking students to refrain from that language when they’re in school, but there it is, right in front of them. That word is just offensive to a lot of people.”

Board Vice-President Roni Posner was the lone vote to keep the book on the list. She said she didn’t believe she had enough 21st-century curriculum knowledge to judge what should or shouldn’t be on a reading list created by the state’s school librarians.
Posner hadn't read the book either; she said she read "Annie on My Mind" years ago. It's a coming of age novel, she said.

Brittingham and Minard made clear that the book was not banned from the high school’s library shelves, but they didn’t think having it on a summer reading list endorsed by the district was a good idea.

Brittingham said the intent is not to censor, but it’s the school board’s job to remain informed of the district’s programs and to make decisions in the best interest of the students when issues garner their attention. In this case, he said, the board didn’t feel it was a good idea to have the book on a list that it was indirectly supporting.

“The board gets the blame for all the good and the bad, mainly the bad, no matter what happens,” he said.

Cyr said she was aware of some parent concern over the book being on the list, but she was surprised to hear the school board took action. A lot of the time, said Cyr, when an action like this is taken, it blows up in a board's face.

"Now, I'm reading it, and I imagine a lot of people are going to be reading it to see what the issue is all about," she said.

Now, I'm not sure about you, but the fact that the F-word is used "four or five times" doesn't seem like a legit reason to me. And given the book tackles topics that make some ignorant people uncomfortable, I have a feeling there's more lurking behind this decision.

But here's the truth of the matter:

The Miseducation of Cameron Post is a novel about finding yourself, being true to who you find, growing up, and loving not only others but yourself. Yes, it has some mature language. Yes, it deals with mature topics. But these days, almost all YA novels do. The world is full of mature things and teens are confronted by them every day, they are dealing with them every day as they navigate the difficult waters of figuring out and accepting who they are. While that process can last much longer than one's teen years, it's certainly where the process starts. And that is certainly not something to be banned.

To me, it seems the Cape Henlopen school board are the ones who need a little education here.