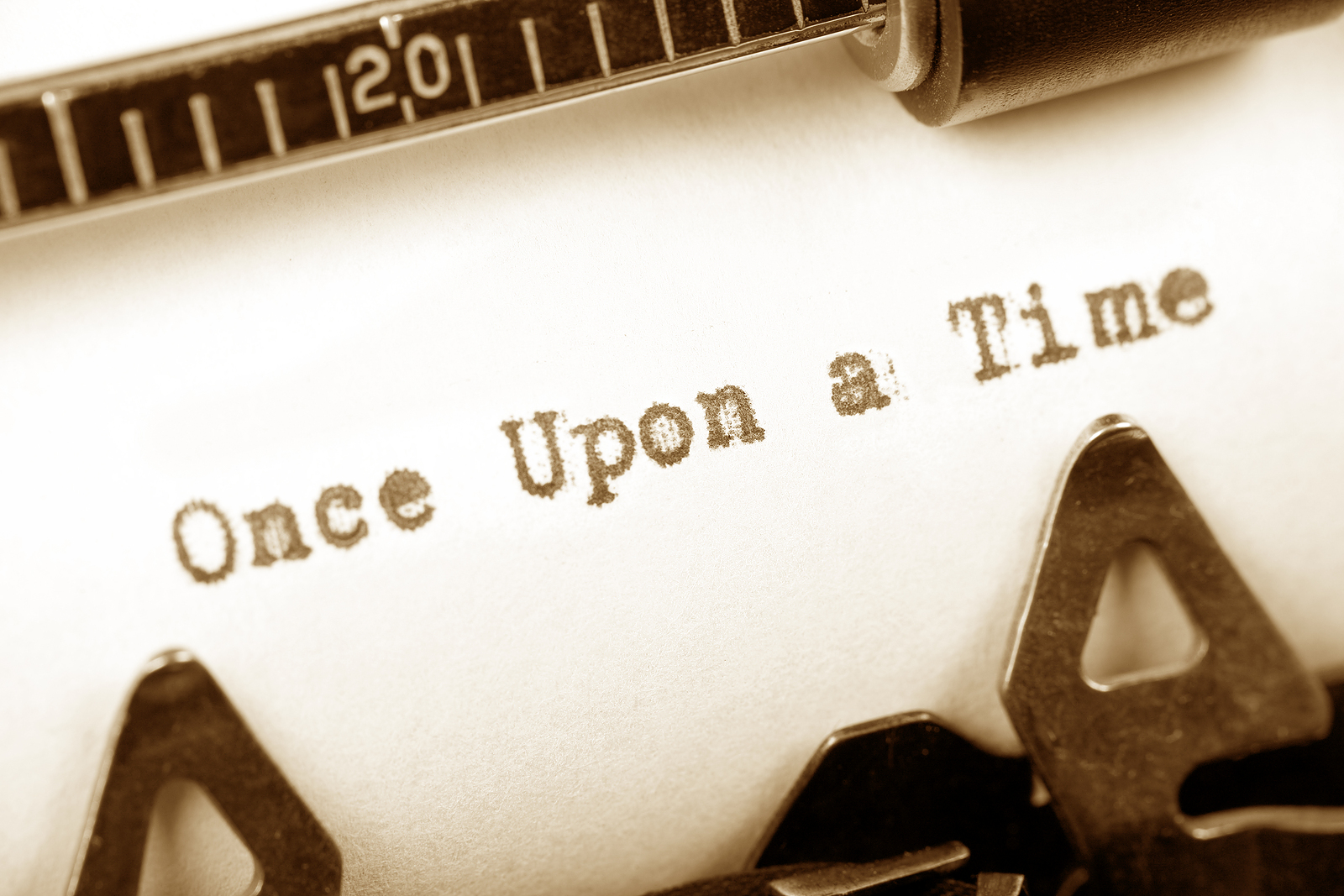 Originally posted on Reading Between the Lines on June 20, 2014 by Danielle Poiesz.

After talking to some writer friends the past few weeks, I've been thinking a lot about the concept of books resembling an author's life. Many people come up with stories because of things that happened to them or their friends and family, or build characters that take after themselves, etc. But to what extent is this taking from real life a good thing? Does it make a book better to have that biographical element and first-hand experience, or does it show a lack of imagination or open-mindedness on the part of the author? Is it really creating a story if you take real life and just tweak it? Is there a difference between pulling concepts and ideas from experience versus taking actual events and people? Does that difference even matter? (Welcome to my brain. See how my thoughts spiral? LOL) And these, of course, are only some of the questions that run through my mind on the subject, but I'm not quite sure how I would answer them.

So it was fitting that this past weekend's New York Times Sunday Book Review had a piece about a related topic: Does knowing an author's background make the reading experience more or less enjoyable? We've got two points of view here, too--one from author Thomas Mallon and one from editor Adam Kirsch.

The New Criticism was entering its senescence when I began to study literature about 45 years ago. But even in its prime, a school of thought that forswore using a writer’s biography as a key to his work always seemed more relevant to the compressive structures of poetry than to novels, whose messy ad hocery led Henry James to call them “loose baggy monsters.”

Applying the writer’s biography to one’s reading of a novel strikes me as less a matter of cheating or impurity than an additional, incidental pleasure: Ah, I know where that came from. David Copperfield’s time in Mr. Murdstone’s wine warehouse acquires only more poignancy from one’s being aware of the young Dickens’s own scarifying time inside the blacking factory. (That “David Copperfield” was Freud’s favorite Dickens novel is further proof that there are no accidents.) Briefly transferring our attention from a character to an author doesn’t dispel dramatic illusion any more than knowing the off-screen troubles of a movie star keeps us from engaging with a film.

At its best, critical interpretation informed by biographical fact can deepen our emotional pleasure in a novel and our intellectual grasp of it as well. Flipping through the reviews of literary biography and authorial memoir that I’ve done for this newspaper over the years, I can see example after appreciative example of how a work of fiction ends up being illuminated by shining light on the author’s life. In 2007, I was struck by Claire Tomalin’s theory of how Hardy’s description of Tess’s “invincible instinct towards self-delight” may have been animated by an envious awareness of how little he shared that quality with her. Several years before that, Paula Fox’s memoir “Borrowed Finery” left me less than fully satisfied because the book interestingly revealed all the ways in which that writer’s fine fiction had come from the artful refraction of the real-life experiences now being served straight up.

Many novelists — from Dickens himself to Willa Cather to, at an extreme, J. D. Salinger — have tried to thwart even the posthumous biographies that get written by “publishing scoundrels” (James again). In fact, the only writer I can think of who wanted someone else to finish writing his life while he was still living it is Gore Vidal. But biographers have generally done novelists far less harm than the literary theoreticians and purveyors of “cultural studies” who replaced the New Critics within universities, and who have made those earlier explicators seem warmly humanistic. There is plenty of excess, to be sure, within literary biography: The overextended Bloomsbury industry produced heaps of dull prurience and triviality. But would Virginia Woolf have gained the uncountable readers she did during the 1970s without the popular and very well done biography published by her nephew Quentin Bell?

Disagreement over the merits of literary biography will likely subside by default, as the form begins to extinguish itself. Even among those who like it, demand is bound to slacken: Novelists’ lives are considerably less interesting than they used to be. Longer, yes, but much drier in every sense; less full of rivalrous brawling, less harrowed by the unemployment that was so often their lot before creative writing programs started offering them day jobs. For another thing, literary biography will be crippled by the absence of many of its old tools. Writers’ drafts, those manuscripts that show, line by line, how writers came to do what they did, now disappear with the deleting drag of a mouse; and for all the supposed permanence of tweets and Facebook posts, the deliberate letters that writers used to save and bundle have largely been replaced by emails and texts they don’t bother to archive. The bonfire of personal papers that Dickens lit on Gad’s Hill (with incomplete success) in 1860 now doesn’t even require a match.

There’s poetic justice, and possibly a lesson, in the fact that the greatest English writer is a biographical blank. Scholars continue to write books about the life of William Shakespeare, but eventually these boil down to studies of his work or histories of his times. The few scraps of evidence we possess about him are simply too scanty to make him come to life as an individual. To some people, this absence is a scandal or irritant, and they try to fill the blank by insisting, irrationally, that Shakespeare was not Shakespeare but the Earl of Oxford, or someone else we can know more about. But to most readers, I suspect, the unknowability of Shakespeare is a key ingredient in his greatness. “Others abide our question. Thou art free,” wrote Matthew Arnold in his sonnet on the Bard, and this sense that Shakespeare stays one step ahead of us, always knowing more about life and human nature than we do, fits perfectly with his biographical elusiveness.

Would we be better off if all our writers were similarly elusive? It’s tempting to argue the case, to say that knowledge of a writer’s life is a mere distraction from what really matters, the work. This stern impersonality was one of the tenets of modernism: T. S. Eliot insisted on the total separation of “the man who suffers and the mind which creates.” Henry James dramatized the same principle in his story “The Private Life,” in which a famous writer is simultaneously to be found making “sound and second-rate” conversation at a party and cloistered upstairs in his study, leading his real life at his desk.

James’s ghost story drives home the truth that the data of a writer’s life is the same as the data of anyone’s life. Writers get married and divorced, make money and lose it, drink too much or stay sober, like billions of other people. But the billions of other people aren’t writing great books, which suggests that the source of genius lies elsewhere, in a place where biographical scrutiny can never find it. With a famous general, or a sports star, or a politician, the life and deeds are what matter, and in recounting them we have exhausted the subject’s importance. With an artist, the opposite is true: What matters is precisely what is left over when the actions are tallied up.

Yet if we follow this austere logic to its conclusion, there would be no need to put a writer’s name on the title page of his book. For as soon as we identify two works by the same person, we begin to make connections between them — to notice similarities of subject and theme, treatment and technique. And since the biographical author is the only common denominator between the books, we cannot help developing at least a rudimentary idea about her, even if we know nothing but the name. The self that matters to us as readers is the one we encounter in, or hypothesize from, the novelist’s pages. It is impossible to read “Pride and Prejudice” and “Emma,” for instance, without developing a very vivid sense of the kind of person Jane Austen must have been; indeed, the pleasure of Austen’s intellectual company is one of the primary reasons we read her. In this she stands at the opposite pole from Shakespeare, who as a dramatist camouflaged even his literary personality.

The question is whether we learn anything important about this literary self when we get to know its real-life biography. I think we can, but only if we keep in mind that the goal of literary biography is not to provide subject matter for gossip (or reverence), nor to help us issue an easy moral verdict. Rather, it is to use the life to clarify the factors that shape the work — to show how life and work were both shaped by the same set of problems and drives. Otherwise, we simply reduce writers to celebrities or acquaintances; and don’t we already have more than enough of both?

Hmm...it leaves much to ponder.