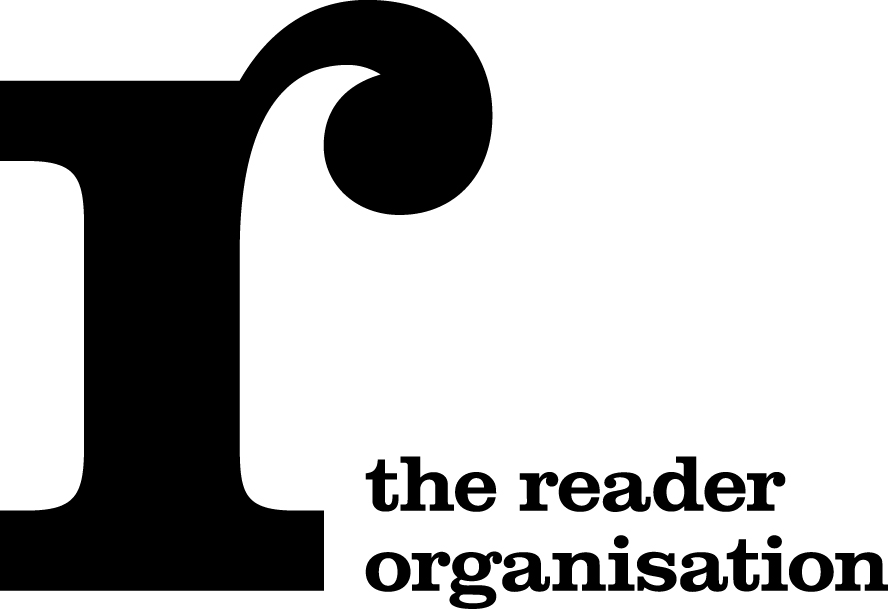 Originally posted on Reading Between the Lines on November 6, 2012 by Danielle Poiesz.

I've always been a firm believer in the power of books to change lives. Or rather, the power of books to inspire us to change our lives, to be something more or different or do something brave. Ever since I was a little girl, reading brought me comfort, made me feel less alone in the crazy world around me, helped me relate to others and learn how to open up and grow.

That belief has been carried around with me my entire life, though I hadn't seen any solid evidence of its truth. But  maybe some real data is possible, now that I've learned about The Reader Organisation, a decade-old British Charity that uses reading to help mental health patients overcome and overpower their issues:

It is, as one member of the Reader Organisation puts it to me, like watching a dozen tiny miracles.

Sat around a kitchen table in a mental health ward in central London, five patients are munching biscuits and taking turns to read out loud from Great Expectations.

We pause after the scene where Pip meets Miss Havisham sat alone in her cobwebbed bedroom.

“It’s like me when I was drinking, that is” she tells the group with a nervous chuckle.

We pick up the story again until Pip is humiliated by Estella, runs away and kicks a wall in frustration.

Ryan, a Scotsman with big, bunched shoulders says in an intense, slow voice that he felt exactly the same way as Pip that morning talking to his doctor.

“You can feel patronized at every stage in life, especially when you’ve got a mental illness,” he says.

“Doctors, people in shops, your children’s school teachers...” he flares up momentarily, getting angry as he tells the anecdote, then relaxes so we can carry on the story.

Up until this point Jan, a softly-spoken woman in her late 50s who has suffered for years with manic depression has remained politely quiet. 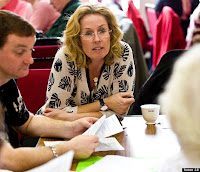 But at the group’s request she takes a turn to read in a beautiful, expressive voice everyone compliments afterwards. She ends with a smile and begins happily nattering about how much she loves Dickens, before catching herself.

“I can’t believe I just started a conversation!” she says, blushing.

For ten years, the Reader Organisation has been helping some of the most vulnerable people in society feel better by carefully harnessing the power of reading.

In schools, care homes, psychiatric wards and local libraries across the UK, sessions held by one of over 40 trained facilitators provide a haven for troubled kids, elderly people battling dementia and people with a range of mental illness, from depression and schizophrenia to drug addiction.

The format of the sessions is very simple. Taking it in turns to read, the facilitator and the group work through a novel or short story, pausing at key moments to share their thoughts about the story and how it makes them feel. Then they end with a poem.

There is no attempt to ‘analyse’ the texts in any academic sense, just to empathize with the characters and debate the plotlines. But then there is no ‘dumbing down’ either – the reading list is resolutely classic, from Shakespeare to Steinbeck to Wordsworth and the Romantics.

The therapeutic benefits are two-fold. First as Jane Davis, the charity's founder and a former literature tutor, puts it: “there is something about reading aloud, something rhythmical, comforting, childlike and secure that either directly or indirectly addresses that inner weather we all experience. That’s why people love it.”

The second, particularly for people suffering from mental health problems like those I meet in London, is the opportunity to share how they are feeling with others through a form of displacement.

The characters in Great Expectations or Shakespeare or any of the texts the Reader Organisation use function as vessels - or as Dr Kathryn Naylor, an Associate Specialist in Forensic Psychiatry at Ashworth Hospital puts it: “a way of expressing emotions without having to say what’s really upsetting you.”

Naylor treats men who are mentally disordered offenders, and has been using The Reader Organisation as a supplementary exercise with her patients (“it’s not therapy it’s therapeutic” she explains) for many years.

The results, she says, can be amazing.

“We had a man with us in his early 40s with paranoid schizophrenia, who was very suspicious of other people’s motives. He found it very hard to talk to people and had bad social anxiety.

“He started coming to the reading group and just sitting in the corner and listening. This happened for about 3 months, when eventually one day at the end of a session he suddenly said: ‘can I read the next page?’.

“We saw that as an incredible breakthrough, being able to read in front of other people. That was accompanied by him engaging in cognitive behavourial therapy, looking at some of the underlying reasons for his paranoia and mental illness.

“The group brought about real progress for him. He has since left the hospital. Prior to the group he felt he couldn’t even leave the ward.”

The Reader Organisation wasn’t founded with the aim of helping people’s mental health. Instead, it was born out of Jane’s belief that the great works of literature should be accessible to all, no matter their background.

“Books did something for me that helped me have a different kind of life to the one I was heading for,” she explains.

“I had been a 12-year-old run away. Someone who at a young age had been using drugs and drinking a lot. I was disturbed teenager who had a shoddy education, so when I got my degree and even my PHD I still very strongly had a sense of myself as not being properly educated.

To end up as a university lecturer, she says, felt amazing.

“But I couldn’t help thinking that out there in the wide world was someone like me in a bus shelter who needed to find the same things I’d found.”

After 15 years teaching the canon to bored undergraduates mainly from comfortable middle class homes at the University of Liverpool, Jane finally found an opportunity to try out her theory. In 2002, she was given a £500 budget to set up a reading scheme under the university’s new objective of ‘widening participation’. It would prove to be not just a turning point in her life, but go on to change many others.

“It was a one off, 5 week summer project. The idea was take some books I thought was great out of the university and out into places you wouldn’t expect to find a lot of readers. I recruited a lot of the people in that first group through friends who worked in community work. They weren’t very literate, so I just read to them.

“It was fantastic. It was like meeting up with people from my childhood - the ones I used to meet in the pub where I worked - but instead of serving up beer and vodka I was serving up Shakespeare. People loved it and realised that this was what I wanted to do. I did one more year at the university and kept the group up in my own time. Then I handed my notice in.”

The first few years were a struggle as Jane tried to find funding for a project that didn’t give anyone qualifications or get them into work. But it was as she gathered feedback from participants that Jane realised the true potential of her inclusive, accessible approach to sharing literature – not to educate, but to heal.

“We were frantically trying to gather evidence so that at the end of our year we could justify the project continuing. So we began asking the people attending the group: ‘what’s it done for you?’

“The responses were astonishing. People would say: ‘I’ve got MS, and when I come here for two hours a week I seem to get into such a state of relaxation I become unaware of my symptoms’, or ‘I have chronic pain but I forget about it here because I’m so immersed in the reading.’

“We knew that a number of the people attending had serious mental or physical health issues, but these were powerful and surprising moments. As well as giving people the confidence to read Shakespeare, we were making them feel better too.

These early responses would send Davis’ project on a whole new trajectory, and change her entire outlook on what the Reader Organisation could achieve.

“I’d never thought of it in those terms before. But if one in four of us have mental health issues, it must really be more like two in one, because they’ll be a lot of people out there like me who have had mental health problems but didn’t bother going to see a doctor about it.

“Now I don’t think of ‘healthy’ and ‘unhealthy’ as two separate states, I think they’re on a continuum. I realised that what was true for me as young adult - that I love reading because it makes me feel great – could be true for anyone with a little help.”

If this all sounds rather anecdotal, there is a weight of academic evidence to support The Reader Organisation’s claims too.

A study carried out by the University of Liverpool in 2011 looked at the long term affects of participating in Get Into Reading, The Reader Organisation’s flagship program, on older people living with dementia.

They found that regular attendance was effective at improving the memory and concentration of patients, and had a positive long term impact on reducing symptoms such as delusion, anxiety and irritability. It concluded: “the Get Into Reading model should be extended to all care homes.”

Today, the Reader Organisation has just celebrated its tenth anniversary. It now runs 100 weekly reading group in its original home of Wirral alone, and has teams set up in ten different boroughs of London and areas of South Wales, Belfast, Durham and Glasgow – as well as sister projects in Denmark and Australia.

Speaking to anyone involved, from the nurses and volunteers who facilitate the groups to the readers themselves, what comes through is the overwhelming potential everyone feels the scheme has.

“There are a lot of areas of life where what we do could work,” Jane tells me when I ask about the future.

“The army for example. Veterans. people with post-traumatic stress – why not?”

Give it another ten years, and perhaps we’ll no longer see reading as simply as a source of pleasure or a route to education but a way to tackle diseases of both the body and mind.

Not gonna lie--I kind of love it and wish I could get involved in helping!