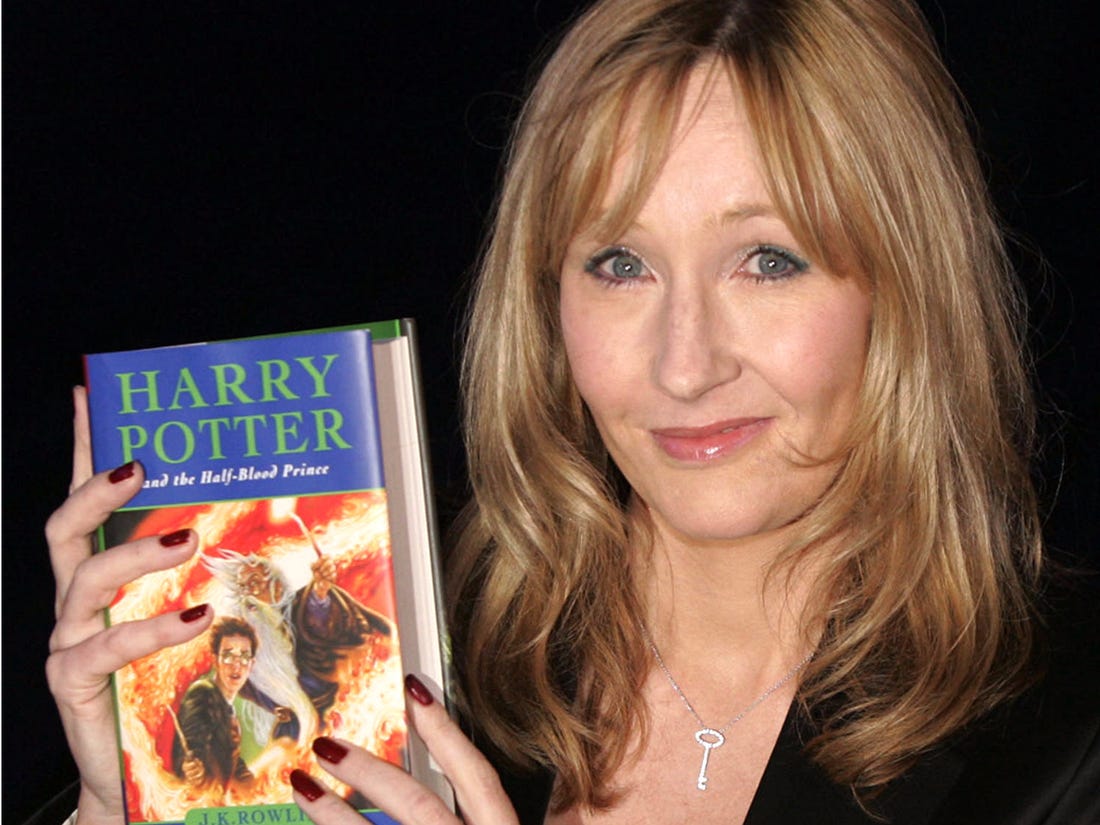 Originally posted on Reading Between the Lines on September 22, 2010 by Danielle Poiesz.

It's very rare that I ever wish I lived in Scotland. And when I do, it's usually the result of some sexy man in a kilt from a historical romance novel. But right now, I'm kind of wishing I were able to just hop in my car (if I had a car, that is) and drive on over to the Wigtown Book Festival in southwest Scotland.

Because, for the first time ever, one of J.K. Rowling's Harry Potter manuscripts is going on display, according to CBC News:

Handwritten manuscripts by Harry Potter author J.K. Rowling are going on public display for the first time at a book festival in Scotland.

The original manuscripts, which are signed, were written as part of Harry Potter and the Chamber of Secrets — the second title in the seven-book series that stormed the world and made Rowling a multimillionaire.

The framed pages contain "The Ballad of Nearly Headless Nick" and will be put on display at the ReadingLasses bookshop as part of the Wigtown Book Festival in southwest Scotland.

Nearly Headless Nick is the ghost who haunts Hogwarts School of Witchcraft and Wizardry. The ballad was edited out of the book before publication.

"This is a one-off exhibition and contrary to belief it is not on a world tour," Gerrie Douglas-Scott of ReadingLasses, which focuses on books by women, told the Scotsman newspaper.

"We're very excited that this bit of Harry Potter is coming home to Scotland for 10 days."

The pages were first donated in 2005 by the author, who lives in Edinburgh, to the Scottish Language Dictionaries organization to help raise funds for a new Scottish language dictionary.

They subsequently ended up in the hands of Ilyas Khan, owner of the Asia Literary Review and a book collector. The Review is one of the festival's sponsors.

In 1999, the Scottish Parliament recognized the town as Scotland's National Book Town, marking the inaugural year of the festival, which runs from Sept. 24 to Oct.3.

I'd kill to get an up close look at Rowling's manuscripts. I look at manuscripts every day, yes, but there's something so powerful about looking at an MS of one of the beloved titles on your bookshelf, years after you first read it. Or even just looking at an old manuscript will do it for me. Whenever libraries and museums put new manuscripts on display, I go weak in the knees. I'm not sure when I began having that reaction to manuscripts, but my love certainly escalated in college when I took a class called "Book Work."

Our main topic of study in the class was authorial versus editorial intent and, as such, we spent a great deal of time in the Boston University and Harvard University libraries and archives, getting a first-hand look at what the authors themselves had written in their notebooks. I love donning those white gloves, having each piece carried out to me, slipped out of its protective plastic sleeve so I could spend some time with the work.

Reminiscing over one particular project is even making me feel all jello-y inside. My big paper in that class was on Robert Frost's first collection of poetry, A Witness Tree, and the word/punctuation choices editors over time had made when reissuing the collection. So, given my thesis topic (I can't recall my thesis exactly at the moment haha), I would go to the archives and sit there for hours, transcribing Frost's handwritten poems into my notebook.