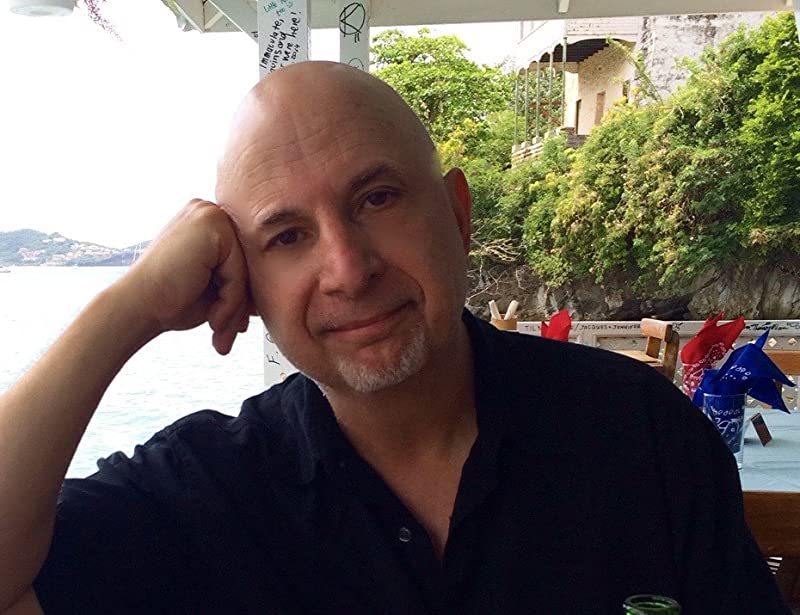 Originally posted on Reading Between the Lines on April 30, 2012 by Danielle Poiesz, written by Paul LaRosa.

I consider myself an experienced writer. After all, I’ve been a newspaper reporter, a producer for CBS News, and the author of four true crime books. But I had never written a memoir until I began trying two years ago.

Writing a memoir is different.

My first challenge was deciding which tense to write in. Initially, I chose to write in the past tense, as I’ve mostly done in all my previous books. But then I went to a memoir writing workshop on in Guatemala and began to change my mind. I don’t remember if one of the writers leading the workshop (Joyce Maynard and Laura Lippman) suggested switching to the present tense or if it was one of the other students but that’s what I did.

That might seem minor but it made a world of difference. Writing in the past tense means seeing your life in hindsight, with 20/20 vision, and I didn’t want that. I didn’t want to be always making judgments about the past, as if “Wow, it was much harder being a reporter without the internet.” Boring.

I wanted to experience the past as I had done when I was living it, at least as much as possible and the present tense allowed that to happen. I was seeing my life through the eyes of a kid who was kind of clueless and overwhelmed by most things. I also tried to temper my voice a bit, not using as big words when I was seven years old as in later chapters when I was a college student. That was tricky but one reviewer picked up on it so I thought I was successful.

One is also influenced by other writers, and around the time I began my book Leaving Story Avenue; My journey from the projects to the front page I was reading The Brief Wondrous Life of Oscar Wao by Junot Diaz. I loved the rushing, kind of staccato pace of his writing and tried to give my own writing that feeling of immediacy. 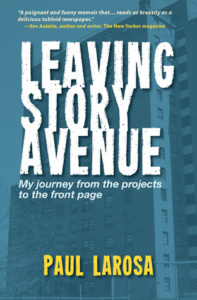 If you read the first chapter of my book – about the fast-paced Daily News city room at deadline -- I think you’ll see what I mean. After that, when my book goes into my backstory, I had to slow down until I got back to writing about the newsroom again.

Writing aside, I also had to make some big decisions about content. When you’re writing about a life, you have to ask yourself a lot of questions: What goes in? What stays out? How honest do you really want to be? Some of what you’ve experienced is bound to be embarrassing; can you stand exposing yourself that way?

Of course, the answer is that you have to be honest to pull a reader into your story but you can never put in every experience you’ve had. That too would be way too boring. So I was always honest – there’s no James Frey moments in the book where I said I spent time in jail but did not – and told some embarrassing stories about myself, but I also left out some moments that would have made me too uncomfortable.

I also decided to end my memoir in 1983. People ask me why and there are several reasons. I felt the story had come to a natural end. The point had been made. I wanted the book to be about my journey from being a clueless kid in a Bronx housing project to being a sardonic writer for the largest circulating newspaper in the country. How did that happen? Well, if you read the book, you’ll hopefully understand.

I’ve lived a lot of life since 1983. I left The News, the paper I grew up with and loved, for television. I also had children. Again, I was placed in situations where I was clueless and had to learn but, you know what, that’s the subject of another book somewhere down the line.

One final note: This time, instead of being published by one of the Big-6 publishers, I’m being published by a small independent in Brooklyn just starting out (Park Slope Publishing). Why? Well, the Big-6 editors loved my book but weren’t giving me the love I wanted to feel. This house in Brooklyn did that, so I traded in broad distribution for mostly buying the book online.

I think that’s how most people buy books these days anyway. I love bookstores but, even when they carried my other books, they were always hard to find. Let’s see how it goes just being available online and in a few bookstores near where I live. I did want the book to be available as a trade paperback and it is because I did not want to ignore those people who love the feel of the page.

At the same time, we made the book available in all e-reader formats so as not to shut someone out. I hope our plans work. We shall see but, hey, you can help by, you know, buying the book. It’s relatively cheap and it’s online everywhere!

About the blogger: Paul LaRosa is a journalist with more than 30 years experience in print and television. For nearly 20 years, he’s been a successful producer for the CBS News magazine 48 Hours. He’s written for The New York Times, The Los Angeles Times, and has authored four previous non-fiction books. To read his blog and for more information, please go to his website: www.paullarosa.com.