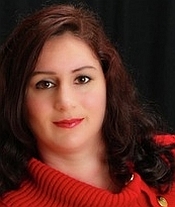 Originally posted on Reading Between the Lines on September 2, 2013 by Danielle Poiesz and guest blogger Patricia Eimer.

I've been lucky enough to work with Patty on numerous projects now and not only does she write funny and engaging novels but she is an idea machine. She always has a new project in her head (more like ten new projects!), and I am in awe. If I came up with ideas like she did, I'd be thrilled.

But for some of us, it's a little harder to get the creative juices flowing. Which is why Patty is here today, dear readers—to tell us her secrets. 😉

Take it away, Patty!

When I got together with Danielle about writing this blog she gave me a couple of ideas for things to write about. One of them is how I come up with ideas. My guess is you probably don’t know me and even if you did very few people know that I have hit what’s known in Labor Economics as Critical Labor Mass. What that means is—if I write 8 books a year (a pretty ambitious goal) I have enough ideas to write for the next 25 years as long as I never come up with another idea. If you don’t feel like doing the math, let’s go with that’s a lot of book ideas. And those are just the ones that make it through the monthly culling to keep the list at just that length.

So how do I get my ideas? I could give you the obvious answers. I read. A lot. I watch a lot of television. I read news blogs and history novels. I carry a notebook with me everywhere. Which is a lot easier now that I have an iPhone with a notepad feature so that I can jot down the random thoughts that come into my head. I practice the Artist's Way and do morning pages every day and a lot of ideas start there. I have adult ADHD and since I don’t like medication I prefer to try holistic methods like meditation to settle my mind-- and for me meditation is miles and miles of walking, running or swimming. All these things are great ways to generate an idea. Or the basics of an idea.

But how do you take things from “hmm I could maybe write a novel about monkeys in space” to “I have outlined a 45-chapter novel that explores the theme of hopelessness and the solitude of man in a romance novel that involves space zookeepers who are fighting to prevent their space monkeys from starting a revolution and subjugating the human race while falling in love”? I have two methods that have worked for me. I recommend the first wholeheartedly and tell you to consider the second as a last case option. For when you’re really, really truly in desperate need of a plot pronto.

The first method I’ve used for my Speak of the Devil series—Luck of the Devil (Aug. 2011), Devil May Care (Feb, 2013), Before the Devil Knows You’re Dead (Feb. 2014)—my short steampunk novella ("Clockwork Bride" in the A Riveting Affair anthology), and several other novels. It’s simple. I call it the "Walmart Laps of Desperation." My favorite time to do it? 2 a.m. Grab a cart, walk the perimeter of Walmart, mutter to yourself. Talk into a tape recorder. Just keep walking. Go in your pajamas if you want. No one at Walmart cares if you look insane at 2 a.m. That’s normal for them. As long as you don’t hurt anyone the Walmart people will think you’re harmless and go back to their own demons while you hash yours out on your own.

If that doesn’t work there’s always the second—more extreme—inspiration tactic. This one is the one I used for my new YA series The Chronicles of Nerissette—Everlast (Aug. 2013), Evanescent (Sept. 2013), and Infinity (Nov. 2013). Dental surgery. No, seriously.

About a month before I pitched the idea of the Chronicles of Nerissette to my editors at Entangled Teen I was in a car accident and ended up eating a steering wheel. The result? Major dental surgery. Four hours under anesthesia. I had to be carried to the car afterwards. They gave me enough pain pills to fell a herd of elephants. And I’m the type of person that doesn’t take a Tylenol until I’m in the middle of a migraine because I’m such a lightweight.

I’m not advocating drug use, but if you’re forced to have your mouth completely reworked—keep a notebook and pen by the bed and a voice recorder charged. Once your head clears you may find yourself with five chapters written and an entire trilogy plotted out involving dragons, fairies, and people falling through books. Sure, you’re going to have to edit—heavily—because things that sounded great during the surgery (pink dragons with sparkly wings) are going to sound insane later but some of the stuff might end up being workable. After all, I’ve gotten three books out of it.

So long blog post short: keep a notebook with you all the time (even when you’re asleep). Read. Watch television. Do long repetitive tasks (walking, swimming, cleaning toilets all work). Journal.  Pace the Walmart at 2 a.m. Jot down every single random idea that comes into your head. And if all else fails I’m sure you’ve been avoiding your routine dental appointments. Go on in and book yourself a cleaning. Then zone out and try to ignore the sound of the drill while you plot yourself a new series.

About the blogger: Patricia Eimer is a small-town girl fated to be a storyteller. After a stint of "thinking practically," she earned degrees in Business and Economics, but her passion has always been a good book. She lives in Pittsburgh with her two kids and a husband who learned the art of frozen pizza to give her more time to write. When she’s not writing she can be found fencing or arguing with her dogs about plot points. Most days the beagle wins, but the dalmatian is a close second. She’s a distant third.