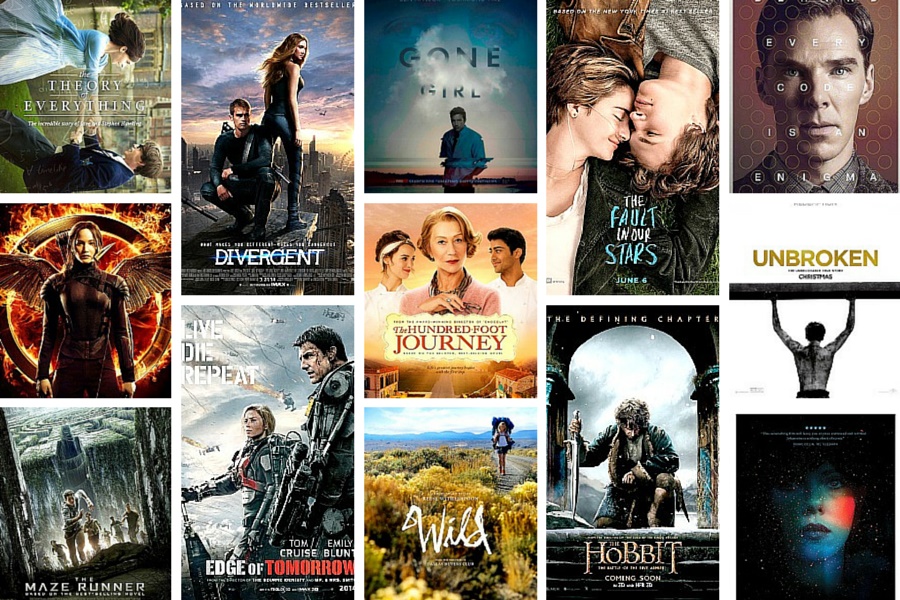 Originally posted on Reading Between the Lines on August 18, 2014 by Danielle Poiesz.

Film adaptations can be difficult for some people. I have a friend who really struggles with watching a movie of a book she likes because she gets so frustrated with the changes made by the filmmakers. I used to be that way, too, actually. I remember very clearly going to see Harry Potter and the Prisoner of Azkaban and being so distraught over how the new director reimagined the world and changed things about the dementors and left out this and that and on and on I went. My poor boyfriend at the time. I was nearly in tears.

Excessive, yes, I know. But it was that experience that forced me to change my mindset. I've always been intrigued by adaptations (despite the occasional what-did-you-do-to-this-book-I-love?! meltdown), and in time, I learned to separate the book from the movie, to focus on the heart of the story and how two different people can take that same essence and bring it to life in two totally different ways. It's those changes that now interest me the most, even when a book I loved was maybe not done in the way I would've done it.

I always wonder what it must be like for the author of a book, if the changes in a film adaptation are s so hard for some readers to accept. I'm sure it varies like anything else, but it was great to get some insight from two-time Newbery Medal winner Lois Lowry this morning on HuffPo as she writes about her experience with The Giver adaptation, which just opened in theaters across the country:

I've been watching The Giver movie project for many years and read a lot of scripts. After I'd gone to the set and sat in the editing room, it began to feel like a jigsaw puzzle. You have the blue pieces here, and the yellow pieces over there, and then it begins to all fit together. When I finally saw the final movie with the music in there, it was kind of overwhelming. It was a very gratifying experience to see that it was done with such regard for the book. It retains the essential ingredients of the book, while adding all of the visual stuff that a movie needs but that a book sadly cannot have.

I think the film does what a film should. It takes a book -- the heart of the book and the integrity of the book -- and it adds to it what only a film can add: the visual stuff, the suspense, and the back and forth that the book doesn't do.

I chose the images in the book carefully, but I think I didn't choose enough of them. The movie makers have taken my work and retained the questions I wanted to raise, but they expanded it and brought it to a new level -- a wonderfully visual level, at that. When I wrote the section of the book about the boy out on his journey with the baby, I felt restrained. As a writer, I had only one character really out there. I had a baby who didn't talk, so there could be no dialogue. There was description of landscape, but how many pages can you do that? And yet in the movie, you still have the boy, and the baby who doesn't talk, and therefore there's no dialogue, but you have that incredible landscape -- partly in South Africa -- and it almost becomes a character in the film. I was very moved by that.

One of the things that particularly struck me were the wonderful memories that the boy is given. It seemed to me that they had incorporated every bit of the past world into such fleeting images, and each one was carefully chosen. Now having seen the movie, I'd love to go back, rewrite the book and incorporate some of those things that are in the movie. One of the things I wish I could beef up now are those memories -- the different religions, for example -- little flickers of a baptism, of an immersion, of a mosque. There is a section where the boy is going to flee and he goes to The Giver, who gives him some final memories so he'll have strength. It's that selection of memories that I found most gripping. In particular, the image of the boy in front of the tank in Tiananmen Square; that's not in the book, but wow is it powerful in the film.

From the beginning, I felt as though the book was in good hands. The reason for my feeling that way was because both Nikki Silver, the producer, and Jeff Bridges, the producer and star, were so passionate about the book and dedicated to retaining its integrity. Although the chances of the film getting made fluctuated over the years, I never worried about how it would be made because I knew about their passion, and respected and trusted that.

And the other night, there I sat in the theater. I knew the story. I had read the screenplay. I knew how it was going to end. So nothing was a surprise, except that everything was a surprise because of how overwhelming it was, how many shivers went up my spine and how terrific it felt to watch it. The movie is finally out there and is a vast, beautiful, finished piece.