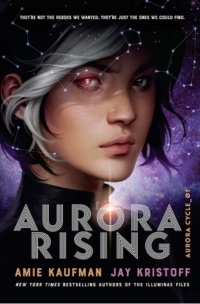 Originally posted on Reading Between the Lines on May 2, 2019 by Danielle Poiesz.

Yesterday ran away with me. Or rather, drove away with me. I ended up realizing I missed my car inspection (thanks, surgery!), so I hurried over after a doctor's appointment and got it checked out. Then I realized my registration said it was expired in April 2019, too...

Except I renewed it online in August when I put in my address change...

So I had to go over to the actual Motor Vehicle Agency and talk to someone there. Turns out, my payment/renewal doesn't show up in the system for some reason. So I had to renew it again. And now I have to apply for a refund once I pull together the documentation of my August payment. Is your head spinning yet? Mine sure is!

And naturally, I left my book at home because I didn't think I'd be waiting in so many lines... Instead, I browsed GoodReads, looking for potential book selections for RBtL Book Club 2.0, which I'm very excited to be rebooting. I think I came up with some pretty good options, but I sure could've used this awesome list of the best summer reads from the staff over at Publishers Weekly.

Looking for the perfect book to throw in the suitcase or take to the beach? Let us help. We've polled our staff for their personal recommendations, and PW's reviews editors have put together some stellar picks in fiction, mysteries and thrillers, romance, sci-fi, graphic novels, nonfiction, and YA and children’s books. Whether you want something breezy, laugh-out-loud funny, terrifying, thought-provoking, or anything else, really, we've got you covered. Enjoy!

My favorite reads from last year were the bestselling Illuminae series, which Kaufman and Kristoff cowrote. When I learned that they were collaborating on a new trilogy, well, I don’t think I can accurately describe my excitement. An SF YA with an ensemble cast of misfits, blistering sarcasm, and characters who are really good at what they do but terrible when interacting with other people? Sign me up, please!

It’s lucky that Aaronovitch turns out new additions in his Rivers of London supernatural police procedural series so often, since their deadpan humor and sexy river gods make them perfect diversions in any season. The latest entry is a spin-off, introducing a new protagonist, magic-practicing cop Tobias Winter, in a new setting: Germany. It’s a wine-related mystery I can’t wait to uncork.

That feeling when you know things are about to go horribly wrong, but you’re not sure exactly how and you can’t look away? That’s the sensation of reading Acampora’s debut novel, which opens with Abby, an artistic near recluse in a dead-end job, on her way to visit Elise, a promising Hollywood actress, after they’ve reconnected at their high school reunion. Because here’s the thing about rekindling a friendship—it just might end in ashes.

What is a beach read exactly? For me, it’s a perfect page-turner that adds to the bliss of summer. This one hits all the marks with two women, one a reluctant fourth-generation commitment-phobic faux psychic, the other a brash single mother with a very mysteriously sick child. The tension rises as the women’s lives collide in the red rocks of Sedona.

The Redemption of Time: A Three-Body Problem Novel (Remembrance of Earth’s Past) by Baoshu, trans. from the Chinese by Ken Liu (Tor)

Nine years ago, science fiction novelist Cixin Liu published Death’s End in China, finishing his 1,500-page Remembrance of Earth’s Past trilogy. “No matter how many posts we wrote, the magnificent, grand arc of the trilogy was at an end,” Baoshu writes, describing the “melancholy” that inspired him to write a fanfiction tribute. This cosmic Romeo and Juliet story takes a welcome journey back to Liu’s fictional universe (with the master’s blessing).